This academic year Vermilion moved to the Lake Division comprised of the largest schools of the three divisions including Bellevue, Clyde, Columbian, Perkins, Norwalk, and Sandusky.  A year ago the Sailors finished 5th (Boys) and 6th (Girls) in the SBC Bay Divsion, however have their eyes set on higher finishes this fall. 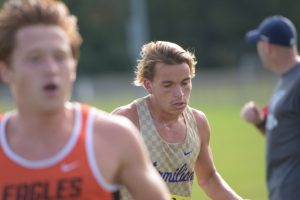 The Boys team enters in contention for a Top-4 finish of the seven participating teams with Norwalk and Columbian expected to take the trophey positions, the Sailors will challenge Bellevue and Perkins for that top-4 team finish which would be the the highest finish in school history as members of the Sandusky Bay Conference.

Individually the Sailors are led by Luke See and Isaac Lindo, who are expected to be in contention for All-SBC finishes.  Lindo finished 3rd at the SBC Championships a year ago with a career best time and a school best individual finish since Vermilion has been a member of the conference. The senior will look to become the first Sailor in school history to earn four All-SBC finishes and can be accomplished with a Top-14 individual finish. See, who earned a second team-All-SBC honor a year ago enters the meet with high expectations after being a top-3 finisher in all six events this fall entering this weekends meet including two individual victories. The junior comes in ranked in 5th in the competitive field with a season best performance of 16:41.

The rest of the scoring will be rouneded out by Alex Hershberger (junior), Jacob Webb (sophomore), and Jayden Bearden (Junior). The 3-4-5 pack are peaking at the right time, each of which have set one or two career bests at the teams previous two events.

The success of the team this weekend will rely a lot on the previously mentioned trio according to Coach Ladd. “The success of each team relies on five guys having good days on the same day. Our good day can become a great day if we get our 3-4-5 all to set career bests on Saturday.” 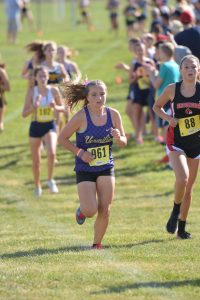 The girls team enters the meet with some confidence after knocking off Sandusky and Norwalk in recent weeks and will search for a Top-5 team finish besting their 6th place performance from a year ago.  The Sailors will likely be led by Allison Leopold, who a year ago set a season best on the championship course finishing as the third best Freshman in the field  with a time of 23:26. Leopold has been the top Sailor in all six of the teams meets this fall with her best performance coming at the McDonnough XC Invitational with a time of 23:33.

The Sailors will have three seniors competing in their final Sandusky Bay Conference Champioship meet including Clara Smith, Gracie Frey, and Bekah Kovarik. The trio will have eyes set to set a mark as the highest finishing Vermilion team in the SBC era.

The Sailors enter the weekend with some positive momentum after knocking off non-conference rival Firelands and conference foe Norwalk in the most recent meeting. “The girls competed very well our last outing, always keeping their eyes on the color jerseys we were looking for. That same mindset is key if we want to improve on last years finish” Coach Ladd said. 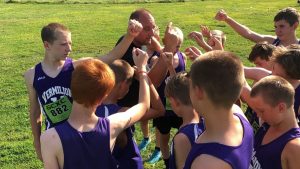 Prior to the High School races, Vermilion will be represented by the Sailorway boys and girls teams in the Middle School championship races. The Sailors are expected to score in both races, a feat that hasn’t been accomplished in the school’s SBC era which dates back to 2015.
Joseph Webb and Colin Angney look to make a historical mark of their own on Saturday as they attempt to become the highest finishing Sailors at a SBC Middle School conference championship event, which was a 26th place finish from Andrew Massey in 2016.